Our hallway is adorned with family photos showing four generations. Both sets of our parents, Bob and I, our children with their children and our son-in-law. One afternoon in 2014 when the light was just right I noticed the glass over the photo of my daughter’s family was smudged. On closer inspection I found kiss marks over each face.

I remembered on a recent visit our youngest Grandgirl had been going into the bathroom often to apply her new lip balm that had slight color in it. I am certain she adorned the photo of her family! I did not “clean” the glass. It’s a blessed testament of love.

When we recently updated the family photos I asked my husband to be certain NOT to wash the glass. He did better than that! He bought a new frame for the new photo and let me keep old photo with kisses. I love that man!

Many years ago when faced with the fibromyalgia health situation I realized I had the opportunity to ask “WHY?” or to become a Y – yielded to God in the circumstance. Thus began my observation of Yield signs. This one in Ireland brought me up short as I do not read or speak Gaelic, yet I knew exactly what it meant!

Yes those signs are all around us! Yield can be defined as to concede, surrender or relinquish; to surrender voluntarily one’s right, privilege, etc. In that time of deciding whether to just ask Why or become a Y,  I often read where others had asked God, “Why me?” and often the response was “Why not you? Who better?”

To become a Y I needed to release my judgement of the situation and raise my hands in surrender to God. I had to yield to my Savior and my God.

In 1993 I came across a cartoon called 9 Chickweed Lane. I will just describe it to you because if would cost me $35 to place it in this blog! Frame 1: This guy is walking along. Frame 2: He comes upon a sign. Frame 3: He stops to read it; it is a yield sign. Frame 4: He drops to one knee and bows. That is how I try to respond now when I see a Yield sign. God knows I need object lessons to keep me on track! So each time I see

I try to remember to bend the knee of my heart and bow to the Trinity.

God has always been with me regarding the fibro. I had the opportunity to create and run a support group for a number of years at a local hospital. The diagnosis has opened many opportunities to encourage other people with the same diagnosis to press on and find their best self as they travel through and with the experience. We have each had to learn how to yield when there is a symptom flare up. I even wrote a talk on how to have a flare with flair!

The next time you are faced with a situation where you begin to ask why, consider becoming a Y and see where that leads. As my mother used to sing, “You’ll never walk alone!”

Forty eight years ago today I married the absolute love of my life! We had no idea what the future held, but we have been determined to do the future together!

We went from a wedding in Live Oak Park, (where we had to break up the Saturday morning football game for the ceremony to take place) to a reception with cake, champagne and beer at a hotel, to an overnight honeymoon out of town so the family from Ohio would go home. Then we were back to classes for Bob and back to work for me.

Now two children, three grandchildren and forty eight years later, we are still celebrating our love! No longer spring chickens in the park, but happier than ever!

I love you dearly, my sweet husband. May we be graced with many more years of happiness in plain sight, with you cracking jokes continuously and you rarely laughing at my jokes!

I wrote this for a friend when children were off to primary school. Her youngest was graduating from high school. Delivered it with a bag of chocolate kisses!
To Betty L. © 84-5-21 Molly Lin Dutina

Suddenly, this phase is  over
And the time we said we were
Looking forward to has come to call.

Oh, of course, “I expected it’s coming
And I vaguely made plans for the day
I could idle in my fancy.
But all that was with a change of pace in mind
And now it is here.
To stay.”

We’re much the same, you know,
At this form-in-the-road time of life
Here we waited, planned and sort of hoped
Now it’s here …
Oh, but where did the other go?

I had ideas what it would be like,
But this is unexpected:

You greeting men you knew as children,
I seeing children I knew as babies.
Who are they now?
What next?
Suddenly all is changed.

I was more flexible then.
Not with a vain fancy over
My body.
I was just thinner then.

We looked to this time
…during car pools and
Disciplinary arguments
… over dirty diapers and
sloppy food messes.
Now it’s here.

I guess as always, we shall lean on the Word
“Stand at the crossroads and ask for the
Ancient paths, where the good way is,
and walk in it and find rest for our
souls.” Jeremiah 6:16
For our flesh has always failed us
And He alone knows our needs and
Supplies our peace and rest.

Like chocolate,
which cannot be held
and digested but seems to be
tasted before it touches the lips; so,
the past and the future have a way of
mingling and yet remaining distinct. 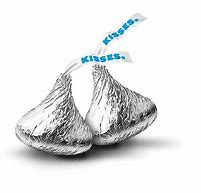 It seems impossible
That we may know so many varying experiences
To such intensity in a relatively short span
Of time with the same people.

Lord, we thank You for the richness
Of our lives. Please forgive us our
Bitter-sweet lamenting.
You have promised a future ever-brighter,
So, we yield ourselves again to the light of Your Son.

My mother was a Pie Queen. Apple, rhubarb, strawberry rhubarb, gooseberry, peach, mincemeat, coconut, pecan, lemon meringue, pumpkin. If you could make it into a pie she was all over it! For years she made her own crust. A year or so before she died she declared that Pillsbury could do a refrigerated crust as nice as hers. As far as I know, she never made another crust. I use Pillsbury, too.

One recipe she used was from a McCall’s cookbook. I have never heard of anyone else making this pie. If you like Welch’s grape jam, this is the pie for you! When I bake it the house smells like Mrs. Welch’s kitchen.

My husband used to grow Concord grapes. If our crop did not produce well, there was a farmer lady down the road where we could sometimes purchase grapes by the pound. When we moved the grapevines stayed put. We found an apple orchard that also sold grapes. Last year we waited in expectation, but their crop failed due to the weather. This year we got the call! “The grapes are ready if you want to come pick your own!” We went there the next morning.

Hauling bucket and clippers and gloves to protect against any competing insects, we approached the vines, realizing too late we forgot to take our camera! Suffice it to say we picked many more than we needed and delighted in doing so. After washing the grapes someone needs to “slip the skins.” That just means squeeze the grapes over a bowl until the skins slide off and the grape innards pop out. Bob did all of that for 15 cups of grapes! It takes 5 cups of grapes per pie. We froze the other two fillings. He ate the remaining grapes.

Slipped skins shown above in two containers. Then you bring the grape innards to a boil for a couple minutes. This will make it so you can separate out the seeds from the juicy “meat.”

Then strain out the seeds from the hot grape pulp.

When the seeds are removed, mix the strained pulp with the skins and add it the flour and spices. Put in a pie crust and top with butter and the top crust.

Bake and wait for the magic of Mrs. Welch’s aroma to fill the house.

Remove and cool on a wire rack. Try not to burn yourself if you are tempted like I always am to taste the goo leaking from the edges (best part).

Serve with vanilla ice cream or gelato. If you forgot the ice cream, eat the “paeh” anyway! The filling is so rich that a small slice is all one needs.

Shown below are the ingredients: