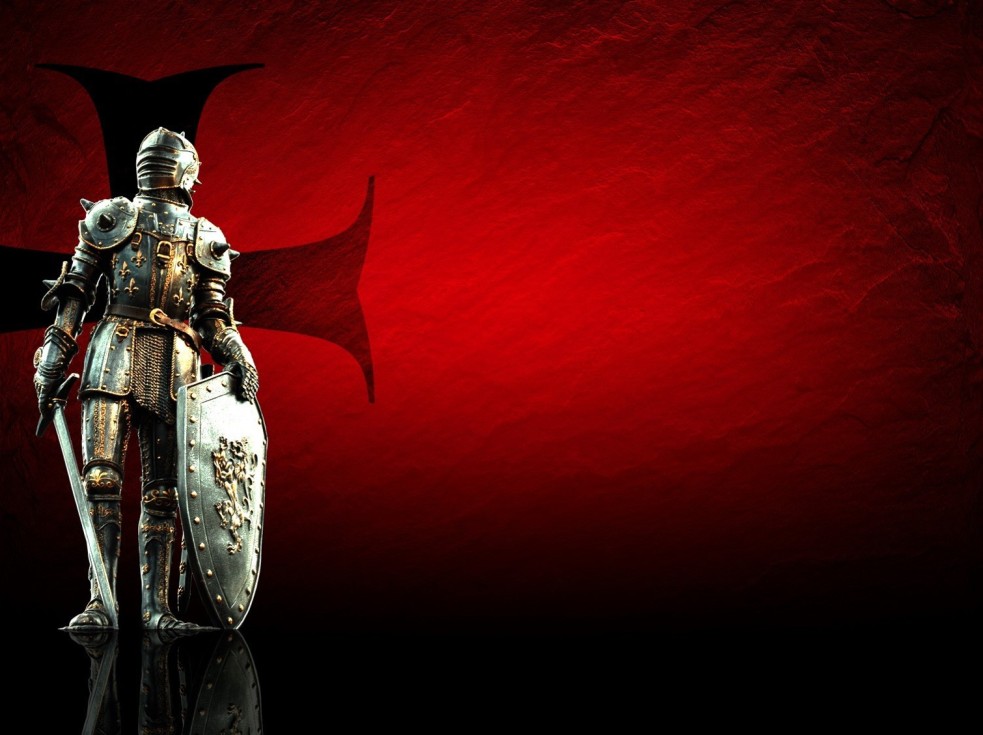 Growing up I knew little about warfare. In the neighborhood the girls were relegated to being nurses when the boys played battle games. I never got that. I could make sounds with my mouth like guns as well and sometimes better than the boys could!

I understood my Dad had been a Naval flagman in World War 2. I did not understand what he did during the war until years later when I ordered his service records from the Navy. He was disappointed that his poor health kept him out of the Korean War.

Then I came to religion and the life of faith described so often as warfare. The Charismatic movement sometimes went a little overboard seeing a demon behind every bush. At least they were aware that we are under attack. All the time. I believe complacency just gives the demons more ground in our lives. Too much attention to the devil weakens us by distracting us from the power of Jesus Christ our Lord and the strength of the indwelling Holy Spirit, His greatest gift to us.

Hand in hand with my Bible I go to the dictionary for help in understanding.

Skirmish: an episode of irregular or unpremeditated fighting, especially between small or outlying parts of armies or fleets.

3. (Military) do battle give battle join battle to start fighting

I thought this was well worded truth about the faith life.

Throughout the Bible there are references to battle. Repeatedly. Most of us go on our way as if those references do not relate to us. 2022 is rife with warfare, especially against those who love Christ Jesus. I pray you will live with your eyes wide open to this phenomenon.

When the time rolls around for our small group to meet, Bob and I experience some of this warfare. He and I co-lead the study and suddenly there will be friction between us, conflict all around us, a multitude of things against us distracting us from Jesus.

Have you experienced this sort of oppression from the enemy of your soul? I have found the best weapon against oppression is to recognize what is happening, push back against the darkness, and return to praising the God of heaven and earth. Psalm 22 says God inhabits the praises of His people. Even if the King James version has the translation slightly wrong we can be assured that Lord is with us and through His resurrection power the Holy Spirit dwells within us. We do not need to relinquish ourselves to the enemy in the heat of battle. Read the book of Revelation and you will learn OUR GOD WINS. Colossians 2:14 declares that we have been freed from our sin and shame.

When you were dead in your sins and in the uncircumcision of your flesh, God made you alive with Christ. He forgave us all our sins, 14 having canceled the charge of our legal indebtedness, which stood against us and condemned us; he has taken it away, nailing it to the cross. 15 And having disarmed the powers and authorities, he made a public spectacle of them, triumphing over them by the cross.

Battles and skirmishes come often to test what we truly believe. I believe the Truth of the Word that declares God wins! Do not be complacent.

In 1975 I thought someone should update the weapons of our warfare with modern day images. Have a person march into the church with riot gear on and other accoutrements of battle. Now in 2022 that person might get shot if the security force of the congregation was not made aware of what the teaching plan entailed. Imagine the weapons however best to encourage you to fight the good fight of faith and not grow complacent or defeated in your faith.