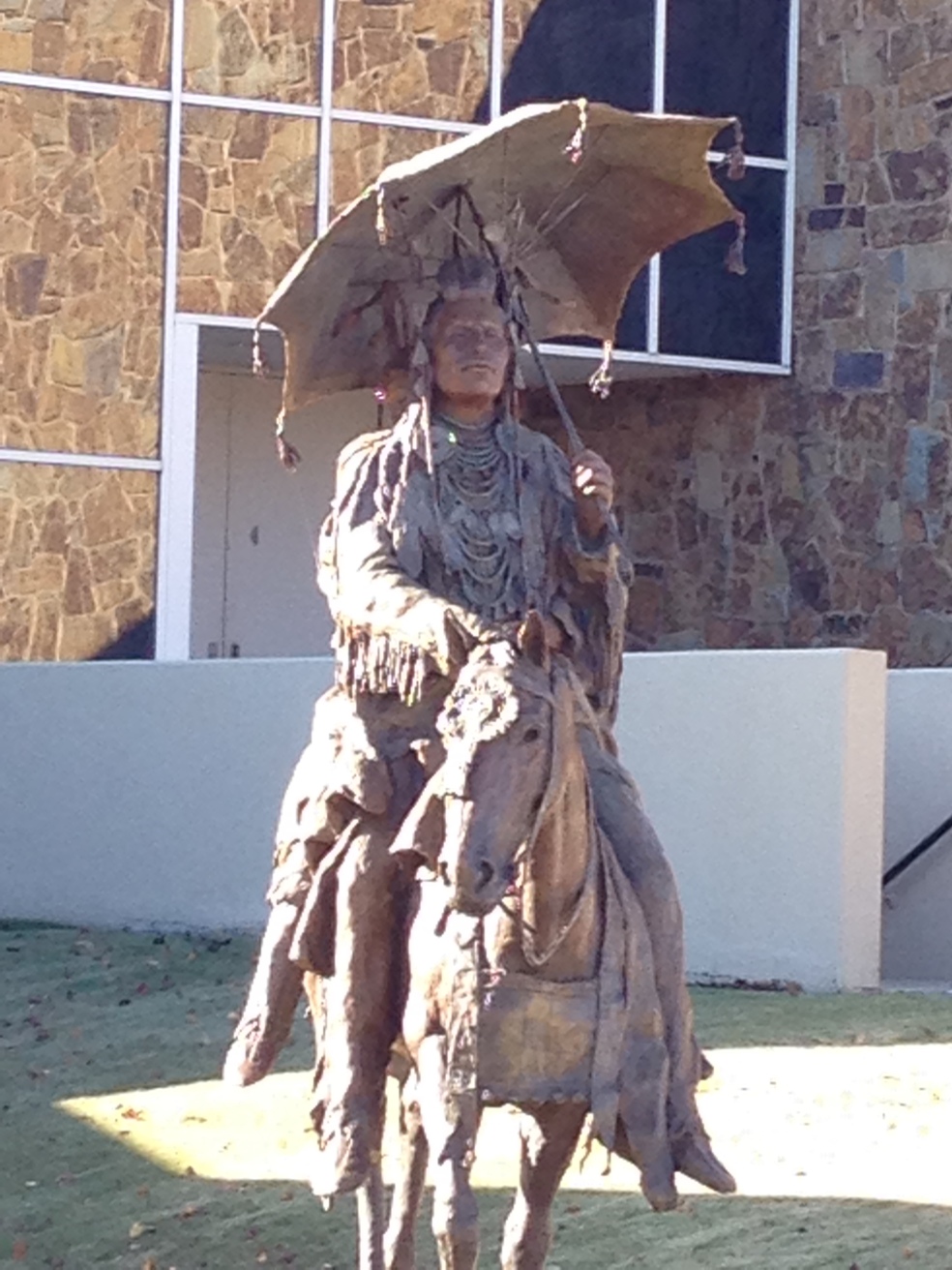 Someone told us the Cowboy Museum was a great place to visit. We had not added Oklahoma to our list of States visited, so we headed there one late autumn.

Approaching the museum I was amused by this statue. What in the world was that Indian Brave doing carrying that umbrella? Was it a joke of some sort? Not very funny I thought to make fun of the Native Americans that way!

(I know, not the best light for a photo, but wait! Wait! There’s more!) 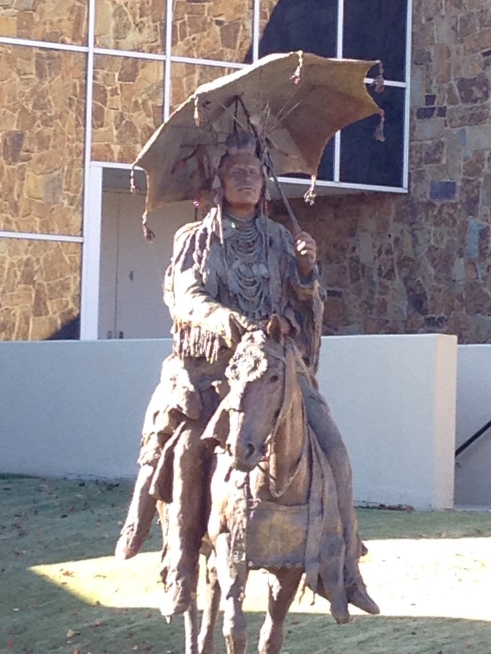 As I went around the side of the statue, look below for what I found! (Again not the best light, but a joyous surprise!) 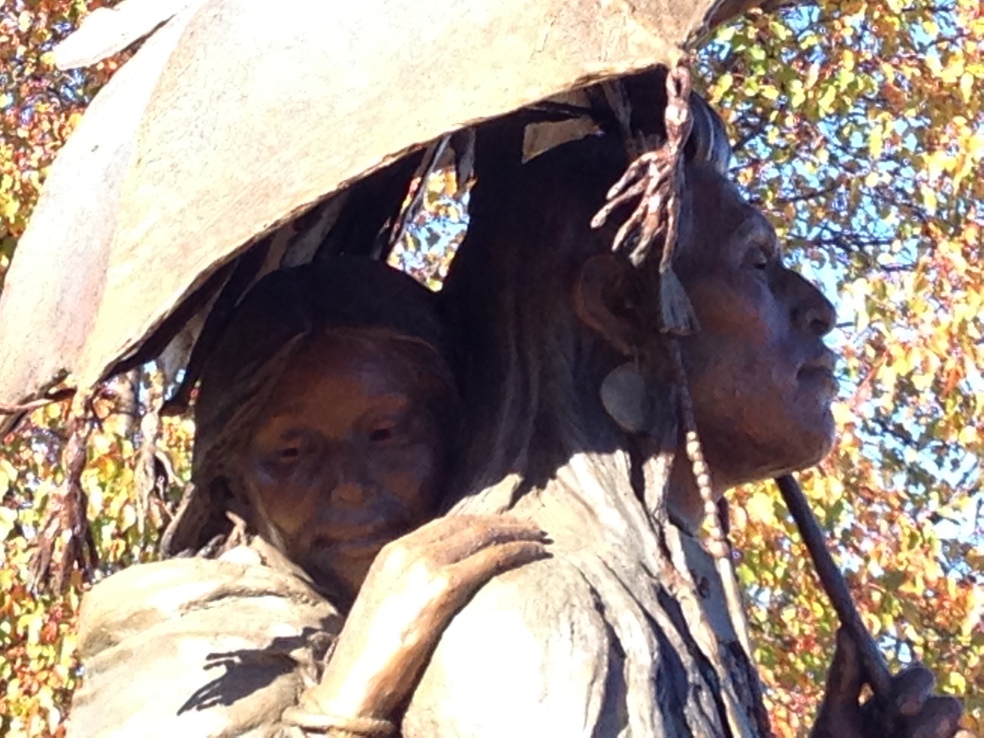 Such love, trust and devotion captured in a statue that at first seemed to mock. From then on the museum was one surprise after another. Yes, it celebrated both Cowboys and Indians. Stop in if you ever get a chance to visit Oklahoma City.

Here is another exposure 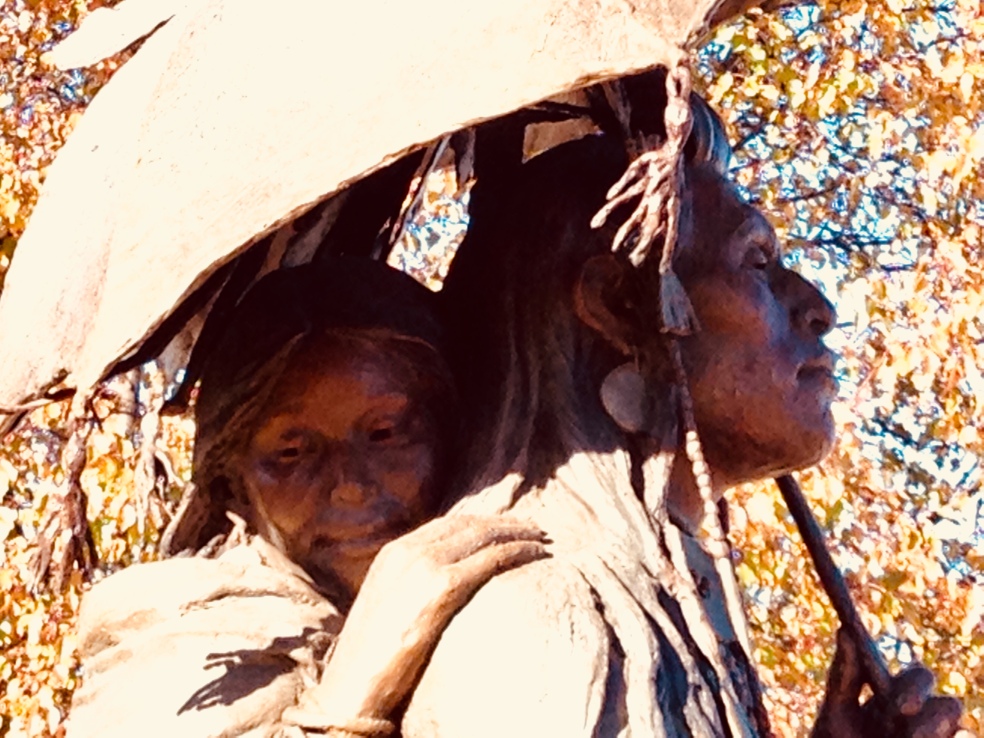 The National Cowboy & Western Heritage Museum is a museum in Oklahoma City, Oklahoma, United States, with more than 28,000 Western and American Indian art works and artifacts.